In 2019, elite Strongwoman and powerlifter Charity Witt reached the pinnacle of her career not in a powerlifting meet or Strongwoman competition, but in front of an NBC audience when she won Dwayne "The Rock" Johnson's inaugural Titan Games title and a $100,000 check. Charity earned the crown by conquering not only her opponents but also a series of peak challenges that tested her strength, endurance, and mental fortitude.

Born in Texas and now living in Georgia, Charity had to overcome a pair of significant hurdles in her early years: a cardiac arrhythmia diagnosed at 17 and scoliosis, likely the result of being thrown from a horse. Though that might have changed how she approaches her training, it surely didn't affect the results.

In college, Charity competed in U.S. Masters swimming, doing Olympic lifts CrossFit style to help with her speed and strength off the blocks. But then she faced an ultimatum. "The more muscle I got, the slower I was in the pool, so I had to choose swimming or powerlifting."

With that decision made, Charity eschewed the casual training attitudes of big-box commercial gyms and instead joined Iron Beast Gym (now The Beast Sports Center) in Gainesville, GA. "I was pulling 275 pounds the very first time I deadlifted. I loved the feeling of all that weight in my hands, the feeling of manhandling it."

Yet Charity needed to find a compelling reason to push herself, and that's when she decided to enter a powerlifting meet. To date, she has deadlifted more than 500 pounds and squatted over 400 at a body weight of 75 kilograms (165 pounds). She holds Global Powerlifting Alliance/American Powerlifting Committee World Records in the 75 kg weight class.

"I started with Strongwoman because, well, I get bored of my training easily. I wanted to do more. I was looking for something harder, more stressful. [The training] was just brutal—the hardest thing I'd done in my life. But I still enjoyed it."

Perhaps taking a cue from fellow MUTANT Johnnie O. Jackson, who began his career as a powerlifter and launched a highly successful bodybuilding career, Charity is now looking at new ways to showcase her athletic prowess. Already she's set her sights on the bodybuilding stage, and there's no doubt she's starting with a base of dense, strong muscle from which to sculpt.

MUTANT in a MINUTE
Pull-ups with Charity Witt
WATCH VIDEO 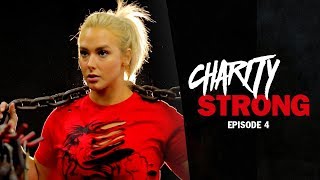 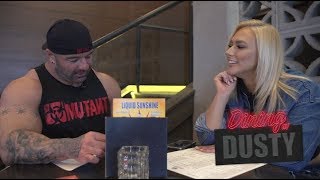 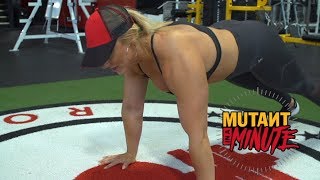 Mutant in a Minute Charity Witt's Key to Superman Push-Ups 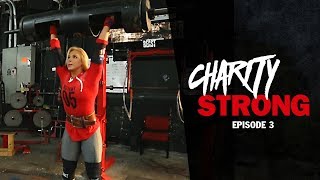