Not unlike any number of future professional bodybuilders, Dusty began his road to the top echelon of the sport as an active youngster who participated in riding BMX, as well as playing soccer and street hockey. "I had ambitions of pursuing professional hockey and was on that path when I sustained a career-ending shoulder injury at age 19. Having had only one focus in life, I felt immediately lost."

Reality struck in more ways. "Like anyone at that point, I was [also] forced to just go out and get a job to make a living. That's when I also joined a gym and started working out. Just a few weeks into my membership, I saw a poster for a local show and decided I would compete."

But unlike those who seemingly develop an intense passion not just for the training but also the competitive aspect of bodybuilding, Dusty assures us that wasn't his case. "Most people assume it was love at first attempt, but that couldn't be further from the truth. I was (and am) a fat kid at heart, and I hated every second of my diet, but I was too stubborn to quit. As soon as the show was over, I vowed to never do one again."

In need of work, Dusty found employment at a local supplement store. Sure enough, five years later, he found himself dieting once again. "This time, I grew to love the sacrifice and suffering involved in the process. I finished a disappointing fourth at that show, but it was that disappointment that drove me to start taking the sport more seriously, and it set the tone for the rest of my career."

For Dusty, reaching the elite ranks as a pro bodybuilder has had payoffs beyond dollars and cents. "Becoming a MUTANT has been a great experience: the progressive, forward-thinking company meets the hardcore athlete. It's safe to say my decision to team up with MUTANT was the right one."

My Typical Diet 6 Weeks Out

All you can eat sushi for dinner. Then a brownie with 3 scoops vanilla bean ice cream, drenched with chocolate syrup for dessert. 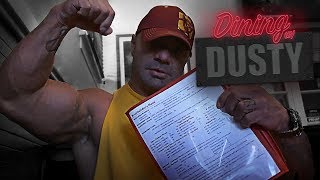 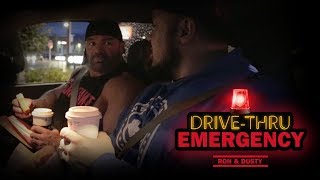 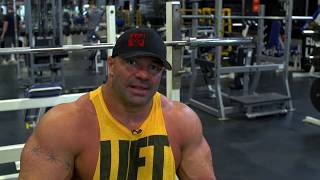 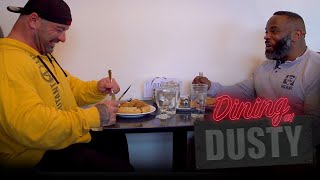