There aren't any catchy nicknames or superlatives in front of Canadian IFBB Pro Ron Partlow's name except three simple letters: B-I-G. It's simple, but it's what best describes this ultra-competitive athlete.

Big Ron has a bagful of trophies to his credit, but the one that stands out most is his win at the 2015 Canadian Nationals in the super-heavyweight class. That was his ticket to the IFBB Pros, an elusive feat he'd attempted and finished as runner-up on eight other occasions. Talk about grit.

Big Ron actually has a pair of National titles, but the first—in 2007—didn't come with the pro card. He had to have one.

"I finally turned pro in 2015, completing the goal I'd set for myself back when I was a teen. Earning my IFBB Pro card was something I was absolutely sure would happen when I was younger. However, as I got older, it started to seem like it was never going to come to fruition. Close calls, setbacks, injuries, finishing as a runner-up 10(!) times in pro qualifiers, and winning the Super-heavies in ‘07 but not getting the card, all seemed to suggest my fate wouldn't include advancement to the IFBB. It was the ultimate relief when I finally achieved my dream after being so close, so many times."

Hailing from Alberta, where he won a provincial heavyweight championship in 1999, Big Ron knows only one way to train: balls to the wall. "I've lived my entire life in the trenches training the old-school way in hardcore gyms, constantly setting the standard for dedication, sacrifice and commitment everywhere I trained. I have seen the evolution of modern bodybuilding firsthand."

He adds, "On top of all this, I can honestly say that MUTANT saved me as a bodybuilder. I signed in 2011 during a year when I was injured and I wasn't even sure I'd compete again. However, being a part of such a great thing helped to refocus and motivate me to continue because I was part of something bigger. I wanted to make my teammates proud."

Today, Ron is also part owner of West Coast Iron in Port Coquitlam, a suburb of Vancouver. He coaches competitive bodybuilders as they prepare for contests, a routine he admits he knows all too well.

My Typical Diet 6 Weeks Out

A good restaurant Double Cheeseburger and Fries, OR pizza/pasta. Then a pint of Ben and Jerry's Half Baked ice cream. 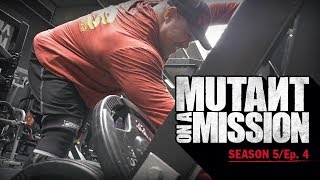 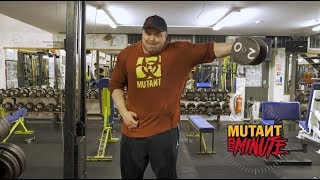 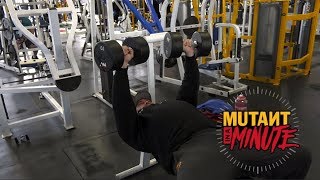 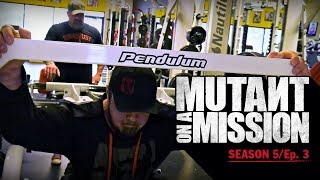